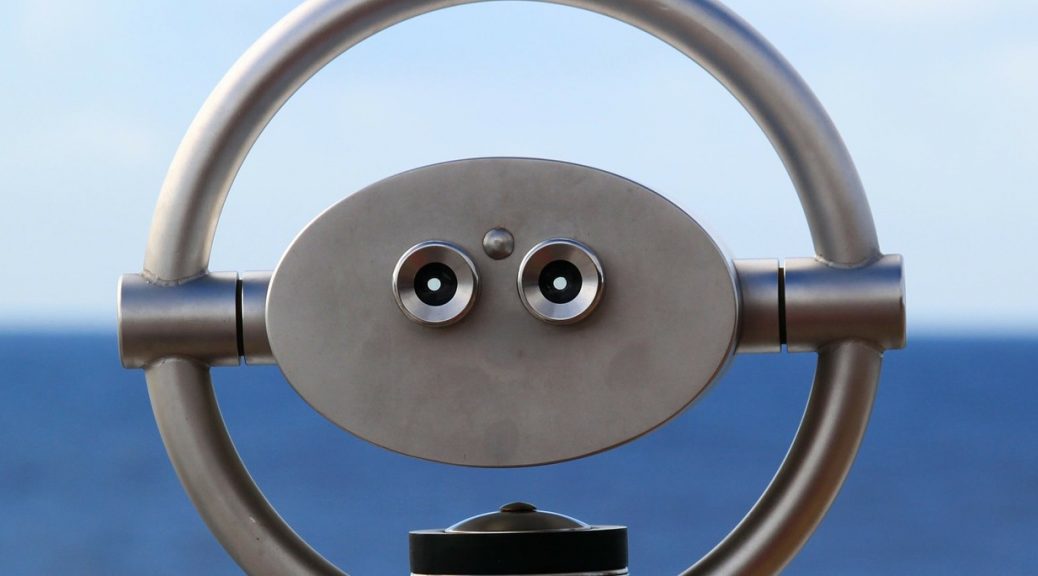 When I moved into my new position at UMW a year and a half ago, directing the Digital Knowledge Center, I knew that while I was moving out of faculty development  and instructional technology that I would still be working with our Domain of One’s Own project. However, I wasn’t exactly sure what my role in that project would continue to be on a day-to-day basis. A year after the start of the new position, in summer 2015, the Center was actually moved out from under the Division of Teaching and Learning Technologies, moving me further away, organizationally, from the base of operations of DoOO within DTLT. On top of that, a wholesale turnover of my colleagues in DTLT from summer 2015 to summer 2016 has meant that many things have been in flux around here, generally, and, specifically, that’s meant a new consideration of how Domains fits into the work of our larger unit (Teaching, Technology, and Innovation led by Jeff McClurken) as well as how it integrates with my own particular position at the University.

Of course, not surprisingly, as faculty have continued to integrate DoOO into their classes, students have continued to engage with the project in a variety of ways — those students then come to the DKC for assistance from our peer tutors. Consequently, I continue to work with the project as part of my job on day-to-day basis, with a greater emphasis on student development instead of faculty and course development. That shift has been at times rather revelatory for me as I’ve come to see how students (and my tutors) perceive Domain of One’s Own. I can see the project more clearly — or perhaps I should say I can see certain parts of the project more clearly. In particular, I can see first-hand the ways in which the project’s integration in a class can have huge positive impacts on students — and when curricular goals can fall a bit short.

In addition, since I’m the last woman standing from the old DTLT, I tend to have the most historical perspective on the project. This can be helpful when we’re sitting around the offices trying to figure out why something was set up a particular way, but there have also been times when I’ve had to bite my tongue. I really don’t want to turn into the crotchety old woman who regularly cries “That’s not the way we did it in my time!!” It’s been wonderful, though, to see all of my new colleagues take up the reins of DoOO, thinking through critical issues about where the project is heading and how we continue to work with UMW faculty, as well as tackling the daunting task of ethically wrangling the data and information that makes up our faculty’s and students’s experiences of the project.

As it turns out, there’s still plenty of Domain of One’s Own to go around, so I continue to be a part of our strategic conversations about the project, and I continue to be asked to speak about it both here at UMW and elsewhere.

However, to be frank, I’ve done a pretty rotten job of regularly taking time to reflect upon where the project is, how I’m thinking about it currently, and where it’s going. Given how much of my job is still tied up in making sense of Domain of One’s Own, I’m committing myself this semester (and into this summer) to regularly reflecting upon and sharing some of my thinking.

This goal is partly selfish, I admit. I have three upcoming events this spring and summer where I will be talking about DoOO, and I need to commit to this writing and reflection if I have any hope of feeling prepared for those events.

First up, at the end of March, I will be heading up to Keene State University to take part in their spring open education speaker series. My talk is titled “Messy and Chaotic Learning” which is really the only kind of learning I like. 🙂

Then, in June I’ll be keynoting the Domains 2017 conference hosted by the University of Oklahoma. My goal for that talk is to both recap a bit of the origins of DoOO but also to push my thinking it terms of what the project can and should be in the future. I think this is mightily important given the complex, fraught landscape of our moment. Working with students in the DKC, in particular, I worry that their understanding of the project focuses mostly on the pragmatic possibilities of open Web hosting without considering the deeper implications of what DoOO is pushing up against.

Finally, in August I’ll be leading a track of Digital Pedagogy Lab’s Summer Institute. My topic, not surprisingly, is . . .Domain of One’s Own. This will be a week-long opportunity to work with a cohort of (mostly faculty) participants on thinking through the possibilities of Domain of One’s Own in higher education.

This brings me to another project I’ve been deeply involved in for the last year: overseeing a range of activities within our unit aimed at broadening the reach of Domain of One’s Own at UMW starting in fall 2017. This initiative is in many ways a response to the inclusion of Domains in the University’s new strategic plan, but it’s offered us an opportunity to think through our own approaches to how we communicate about the project with the campus community. We’re trying to push ourselves to think about how DoOO reaches outside of classrooms, a challenge that we’ve struggled with since the project launched. I hope to do some reflecting here about that project as well. We have a lot of balls in the air on this front: new approaches to analyzing and assessing student engagement with the project; new ways of introducing the project to incoming students; new extra- and co-curricular programming; new partnerships with other units on campus; new faculty, student , and course development opportunities; and a new, more thoughtful and comprehensive approach to branding and communicating about the project.

Finally, my goal to write about these talks and projects this spring serves another purpose. Since last November, I’ve been floundering a bit, trying to figure out how my professional life and goals intersect with the many challenges that we’re facing in our country. There are days when the two seem wholly divorced, and I know that’s neither an accurate perception or a healthy one. Since the idea of Domain of One’s Own was born, I’ve believed in it because, for me, it represents a kind of infusion of agency into our schools that is so often missing. And, I believe that agency is one of the things that we all must find a way to build and hold onto right now. In fact, it’s arguable that helping students find agency for themselves has always been at the heart of what we’re doing. Right now, perhaps more than ever, I want to be involved in projects that build, promote, and explore learner agency, and I can’t think of a better way for me to re-engage with my work then considering these issues through the lens of Domain of One’s Own.