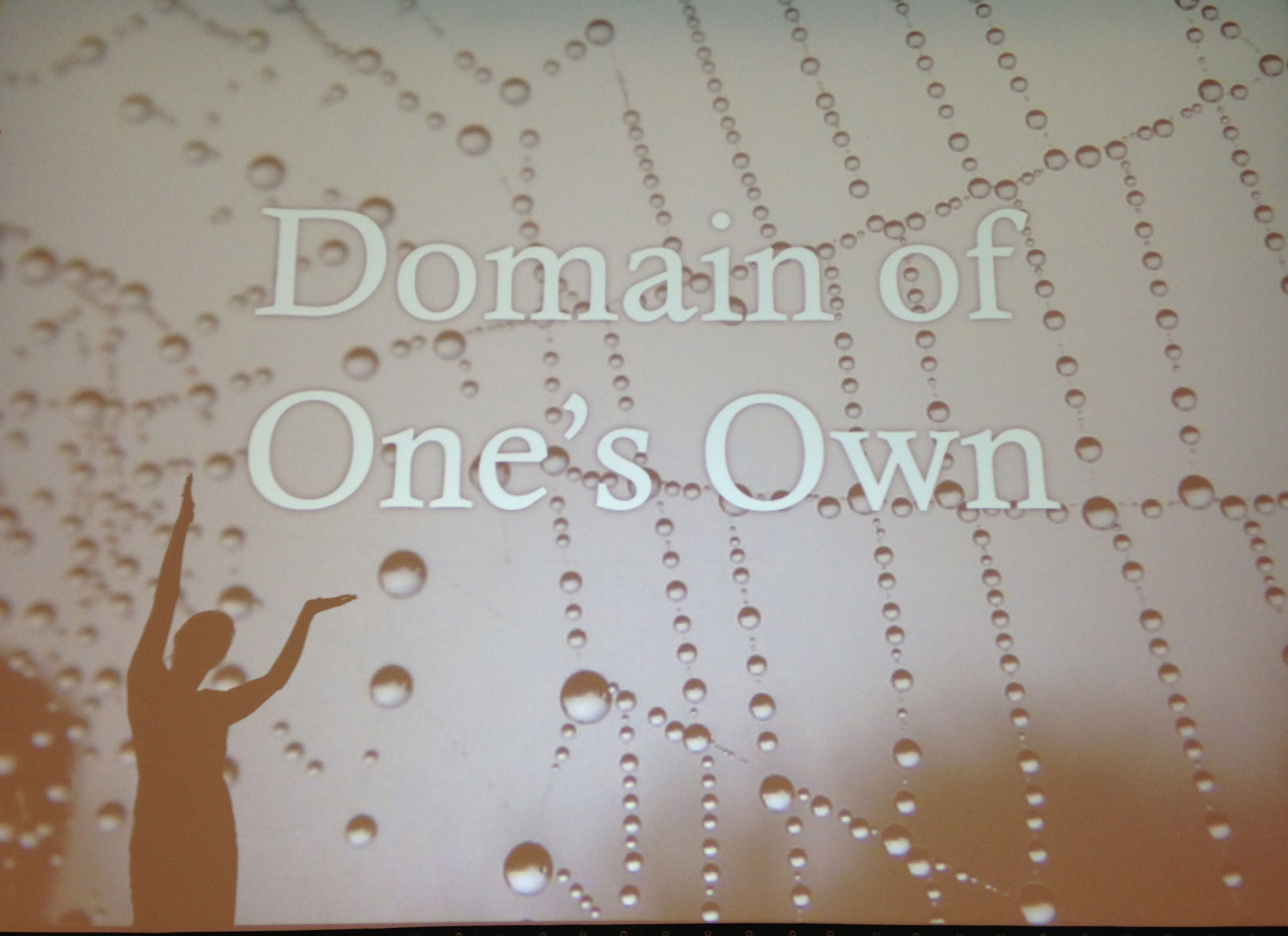 We’re not quite a week into the start of the semester at UMW, but I thought I’d take a moment to reflect upon the launch of A Domain of One’s Own — as much to record for myself some lessons I’ve learned over the last few days.