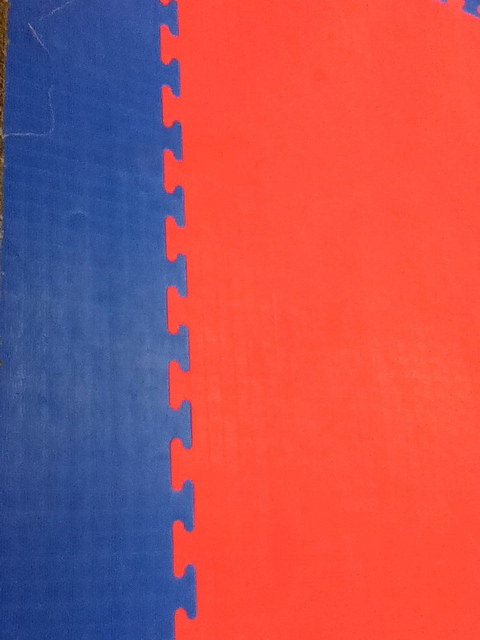 So I thought for Daily Shoot I would push myself to write a short story around each photo that I take — I can’t promise they’ll all be that fascinating, but they will help me to think about the daily narrative that resulted in the shot I’m sharing.

My daughter, who is five, started taking tae kwon a little less than a year ago. She goes twice a week: on Monday’s I take her and on Thursday’s my husband does. Generally, I think it’s been a pretty great experience. She’s not a very physically confident kid, and the class has helped her to get over that. My husband, Erik, worries that she isn’t progressing fast enough through the skills. I’m just happy to see her jumping around and having a great time (she didn’t walk until she was almost two, so there was a time when I wasn’t sure I’d EVER see her jump).

Today, I picked her up for school for lessons. She insisted on playing the “I’m not here game.” This is a totally ridiculous game in which I have to pretend she’s not in the car and guess by the weird noises she’s making what actually IS in the car. Invariably, it’s a chicken.

Picking her up and taking her to class was the only time I got out of the house today. The rest of the day I sat on my couch working on a couple of projects. I like getting work done, but I know I need to make a point of getting up and doing something else for a bit. I get sort of strung out when I spend that much time staring at a computer screen.

So, the first time I got a chance to think about today’s assignment was when I was sitting in the tae kwon do studio staring at the floor mat. The only camera I had was my iPod Touch. I actually played around with Hipstamatic and got some pretty funky shots of the room and the class, but I decided they were too gimmicky for my first ever DS. Here’s a quick slideshow, though.

I love Hipstamatic. I know the photos aren’t slick or sharp, but it feels like it captures a mood and moment that I rarely manage to do on my own.

2 thoughts on “Daily Shoot #442: Make a photograph that features repetition.”